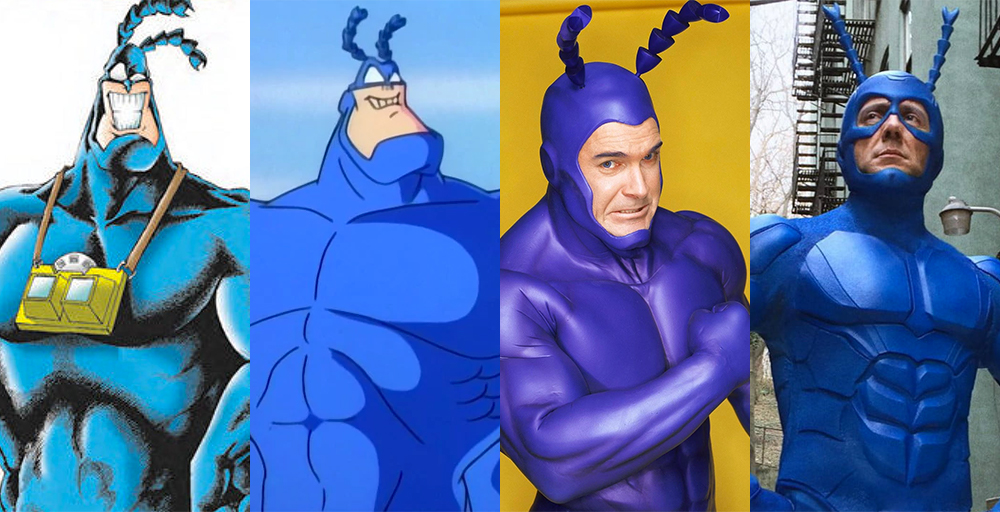 You know, evil comes in many forms, be it a man-eating cow or a pair of surly co-hosts. But when Amazon re-reboots the finest superhero parody the ’90s had to offer, a true hero answers the call. Even when that call is an app notification.

You can’t dismiss a notification from destiny, and she’s blowing up Tim’s phone at all hours. “U up?” Oh he’s up, destiny, and he’s 100 percent down to podcast. Muscle emoji!

While dragging Jared and Greig behind him like two sacks of laundry, Tim charges antennae-first into all things The Tick — from neato comics to the swell cartoon to the short-lived Patrick Warburton series and the impressive career of creator Ben Edlund. We fight over the influence of Watchmen, honor an ancient Chinese joke and — believe it or not — beat the dead horse of Suicide Squad.

So gaze at your reflection in the nearest spoon and see if you’re nigh invulnerable enough to endure this sad parody of a pop-culture podcast. Infinity War will be here before you know it.