40 for 40 continues with #38, a brilliant movie that slips under most people’s radar when discussing the enormous careers of its stellar cast.

Not to mention, it catapulted a new director into the limelight, one who would soon deliver a multitude of well-told stories.

Sylvester Stallone’s performance in Cop Land is probably the greatest of his acting career.

Big deal, right? I mean, who considers Sly to be a good actor, anyway?

I do. Let me explain…

But think back to Rocky.

No, not the one where he fights Mr. T. or the big Russian. Or that one where he lost all his money and beat up a bum in the street.

Rocky. The first one. The best one.

That film showcases Stallone’s ability to act with quiet subtly, and his talent for conveying a troubled character through his eyes and body language. So much so, that Sly was nominated for Best Actor in 1977.

You heard me. Look it up. Actually, here…

Cop Land was a clear indicator that Stallone wanted to act again. In the mid 90s, his films were pretty much hit-or-miss. Okay, mostly miss.

But Cop Land is different. Before its release, no one expected Stallone to ever sign onto a semi-independent film. Much less a quiet little drama about police corruption without an explosion every ten minutes. And starring alongside some serious heavyweight actors at the same time? It took balls for Stallone to take on the challenge, but thank God he did.

Cop Land’s excellent script allowed Stallone to return to his roots, taking on the role of Freddy Heflin, the overweight, demure sheriff of Garrison, New Jersey, deaf in one ear after a heroic act of selflessness in his youth. A man that makes zero impact upon entering a room. A man with crippling self-esteem issues, pining for the one-that-got-away and struggling to accept being second best in both career and love.

Stallone’s performance is nuanced, minimal and subtle, and his willingness to abandon his Adonis-like physique for this role really let everyone know he was serious. His Freddy is a downtrodden man who has towed the line for years, grateful for (what he’s been told was) a terrific favour handed to him by Harvey Keitel’s Ray, leader of the corrupt stable of police officers that runs Garrison like a mob town.

Stallone’s performance allows us a real insight into Freddy’s character, particularly his missed romantic opportunity with the love of his life, Liz, played by Annabella Sciorra. The fact that Freddy dreams of being a cop, yet has had to watch Liz grow up to marry one (a cheating, abusive one at that) is another window into the emotional pain Freddy lives with day-to-day. When Liz asks him why he never got married, Freddy’s reply is genuinely heartbreaking. 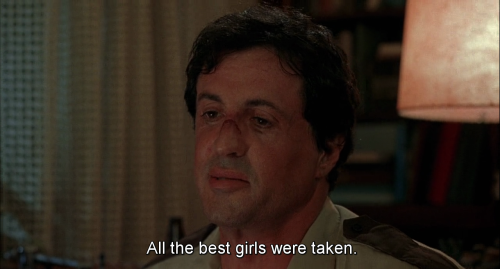 But finally, when enough is enough and it’s time for a change, Freddy doesn’t suddenly become the standard Stallone action hero. While he does prevail in the final shootout, Freddy is ultimately lucky to live through it. And he knows it. Going into the final act, Freddy doesn’t believe he’ll survive, yet he decides to disobey Ray and the others anyway, knowing that on this occasion, being right is better than being alive. Only thanks to Figgsy’s timely arrival (and perfectly-placed cigarette) does the story end on a happy note. 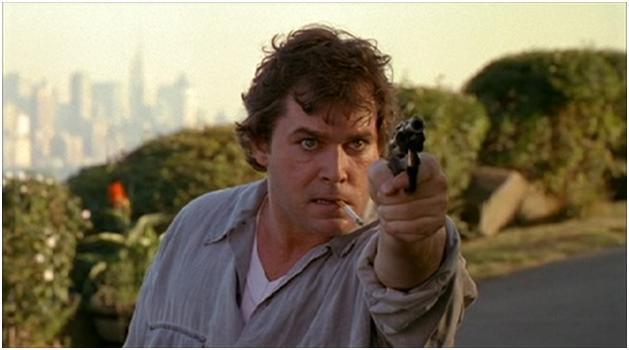 And this is one of the reasons why Cop Land is so good. It’s a character piece as well as an urban crime drama. But mostly it’s a Western.

James Mangold made a Western once. The better-than-it-had-a-right-to-be 3:10 to Yuma with Russell Crowe and Christian Bale. But Mangold clearly loves Westerns so much, that many of his films resemble those of the genre, whether set in that time period or not. And if rumors are to be believed, Mangold might have one more left in him. 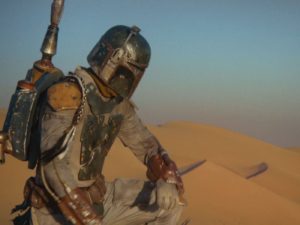 His two “superhero” films, The Wolverine and Logan, on first inspection, bear little resemblance to Westerns since their main character is a mutant with metal claws, right? Sit down, watch closely and dig deeper. You’ll soon start seeing parallel after parallel to the classic Western narrative, complete with lone, washed-up heroes who reluctantly have one more adventure in them.

Cop Land is exactly that. A tense, modern-day Western with outstanding characters played by wonderful actors that deliver a simple-yet-effective plot to perfection.

Stallone isn’t the only stand out in the cast. How could he be when his co-stars are the aforementioned Harvey Keitel, Ray Liotta and the phenomenal Robert De Niro?

Keitel’s Ray Donlan is so well played, that you like really like him, despite the monster you know him to be. His acute bullying and stand-over tactics that not only keep Freddy, but the whole town in line, are understated to a degree that some are only noticeable upon repeat viewings. Ray is a man who (like all villains) believes he’s doing the right thing, whether the law says so or not, and unlike some of Keitel’s overblown and loud performances, Ray is one of his best. 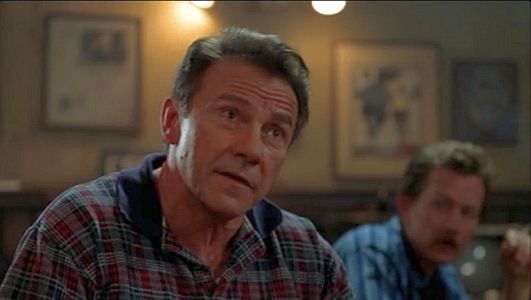 Ray Liotta is so good at playing slimeball villains, it’s odd to see him as a good guy. Especially in a film littered with two-faced characters and crooked cops. Liotta’s Gary ‘Figgsy’ Figgis is the one character beside Freddy who grows a conscience, and it’s a nice change of pace for Liotta. While his duplicitous nature keeps you guessing from minute to minute, Figgsy’s turn from apathetic yes-man to outright avenging hero is fantastic. Along with Goodfellas, I see this as a true highlight of Liotta’s acting career.

And then there’s Robert De Niro. The guy is a legend. One of the best actors to have ever lived. In this film, he takes the smaller role of Moe Tilden, the Internal Affairs investigator with a grudge against Ray. Less is often more, and in Cop Land, that is definitely the case with De Niro. He slides in and out of the film to mentor Freddy in his quest to find the truth, yet in true ‘Bobby D’ fashion, we can tell there’s something a little rotten in Moe’s past.

The supporting cast is also terrific, with great showings by Robert Patrick, Michael Rappaport, Cathy Moriaty and Peter Berg as the various inhabitants of Garrison. Noah Emmerich and Janeane Garofalo even show up for small roles as Freddy’s powerless deputies.

Lastly, Cop Land is such an amazing movie, it’s a shame more people aren’t aware of it. Often seen in the bargain bins of various department stores, and decorated with the Miramax logo, a lot of times it truly is judged by its cover as a standard-Stallone-popcorn-cop movie.

But it’s more than that. Much more. After more than twenty years, it remains a favourite, and if you’ve never seen it, or only seen it once, I implore you to watch it (again).

Freddy’s plan may have been the plan of a boy, but this movie is the stuff of legend.

Rating: 5 out of 5 unpaid speeding tickets.

Favourite Moment: The final shootout, where we get a literal ear into Freddy’s world.

Honourable Mention: “You blew it!”