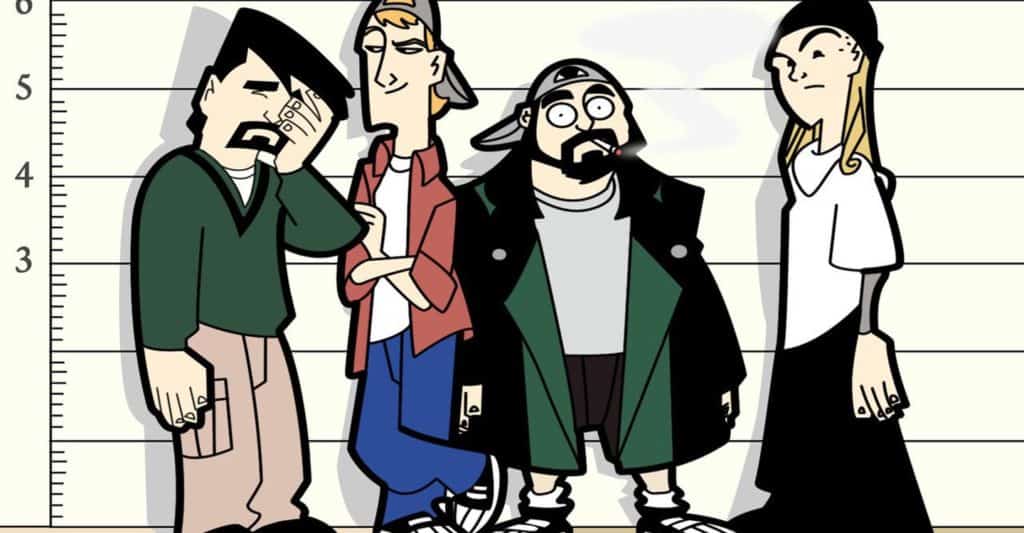 The following podcast is entirely fictitious. Any similarity to the history of any person, living or dead, or any actual events is entirely coincidental and unintentional. Except where specifically noted otherwise in the cast and crew credits, all celebrity voices are impersonated and no celebrities have endorsed any aspect of this podcast. In retaliation, this podcast endorses no celebrities (except Ben Affleck, pre-Justice League).

Unfunny Nerd Tangent is recorded before a live studio audience.

Tim: That’s right, Jared. I can’t believe we made it to 69 episodes.

Greig: Niiiiiiiice. And isn’t it your birthday, ya old c@%#?

Tim: Whoa, we can’t say that word on television here in America. But yes, Greig. It’s my 37TH BIRTHDAY!

Greig: In a row? I think that means we have to talk about our hero, Kevin Smith’s breakthrough indie debut, Clerks.

Tim: We already covered that back in Episode 37, our definitive ranking of all Kevin Smith’s movies. Even Tusk. Instead, let’s talk about one of my favorite things Kevin Smith has ever done — Clerks: The Animated Series!

Tim: You mean you missed the two episodes ABC aired out of sequence in the summer of 2000, the ones I recorded on VHS, memorized and quoted ad nauseam to my friends, family and random passersby? The remaining four episodes that I had to wait an agonizing 9 months to see on DVD? The ultimate adventures of Dante, Randal, Jay and Silent Bob and their friend Lando? The show that did Bad News Bears, The Last Starfighter and Temple of Doom in the SAME EPISODE? The show that featured the voice talents of Alec Baldwin, Bryan Cranston, Michael McKean, Gilbert Gottfried and Phoenix Suns legend Charles Barkley?

Tim: I hate this place.

Do you find the lack of female voices on this podcast troubling? Don’t forget about Mon Milfma, a strong female character! This Unfunny Nerd Tangent shirt proves we are a progressive show. Snoogans.