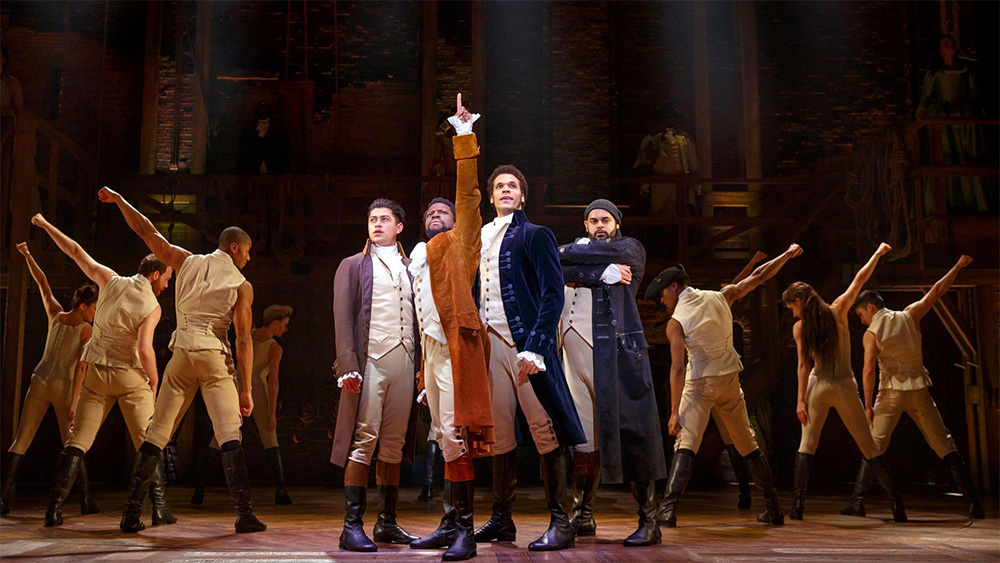 How does a bastard, orphan, son of a whore and a Scotsman grow up to be the subject of our podcast? Turns out we’ve all got a soft spot for musical theater (even Jared).

So many of our contributors caught Hamilton during its month long run in Tempe, Ariz., that we could not throw away our shot to rap about history, choreography, set design, sky-high ticket prices and all our favorite Broadway shows (and one nerdtacular off-Broadway show). You’ll even find out which of us starred in musicals in high school.

And if you think this all-singing, all-dancing episode was hot, just you wait till we see SpongeBob Squarepants: The Musical.

Music by The Lonely Island and “Weird Al” Yankovic.

And don’t forget to order an Unfunny Nerd Tangent shirt! Many Bothans died to make Mon Milfma the commander-in-chief of soft style! Doesn’t say “musicals” anywhere on it, and Tim would never call her “Mothma.”