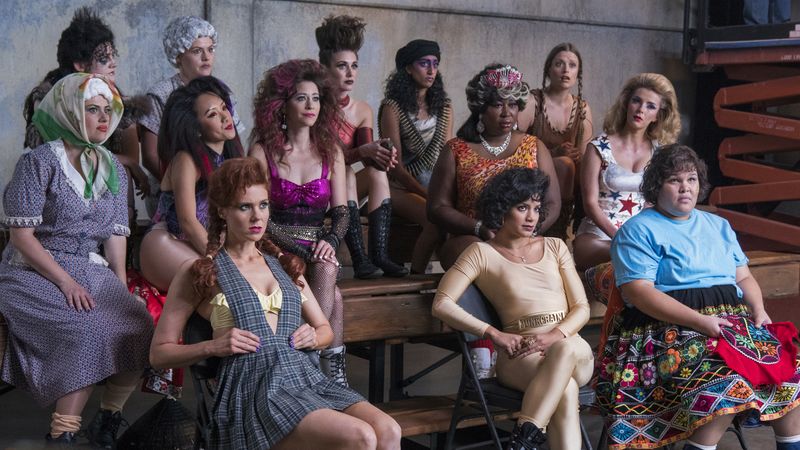 Get out your glitter, your leg-warmers and your Canadian bacon, as we ring the bell on another round of the Netflix series, GLOW.

While Greig battles what might technically be pneumonia, the rest of our illustrious international panel discuss the trials and tribulations of the Gorgeous Ladies of Wrestling.

Debbie, Sam, Ruth, Bash and even the new Junkchain earn a mention; we discuss the relevance of certain PSAs, explain a plot point to younger viewers and even bring up what might possibly be the worst show to ever appear on Australian television.

We’re still waiting for Josh to take us all to Vegas, but until then, do your best to no-sell our latest offering: Studio 54… sorry, Episode 54 of Unfunny Nerd Tangent.

Note: No drop-bears or wolverines were harmed during the making of this episode. Just Sprung’s feelings…

After the wrestling, hit the merch stand and grab an Unfunny Nerd Tangent shirt! Our new producer, Mon Milfma will at least take care of you after she breaks you ankle.