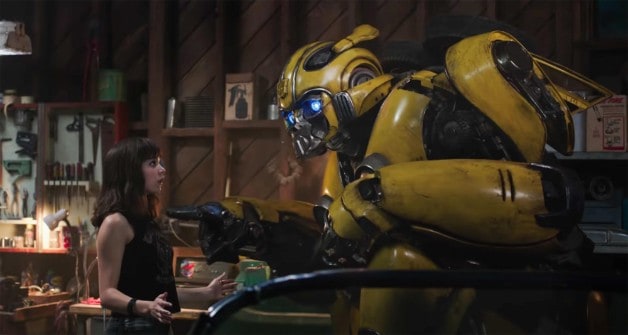 Travel back to the 80s with us as we grab a Hot Dog on a Stick, crank up the Stan Bush and squeeze into the back of a Volkswagen (we’re looking at you, Kevin Smith) for the latest offering from the Transformers franchise… Bumblebee.

With Tim still MIA in the sub-Atlantic, we invited fan-favorite, Transformers aficionado and all-round nostalgia critic, Yoshi, back on our show to give his thoughts.

And boy did he…

Everything you wanted to know about Transformers fandom is touched on in this episode, including the glorious G1 opening scenes, how Bumblebee’s character has changed over the years, and why John Cena may have been the most robotic character in the entire film.

You might wish our voice boxes had been damaged after this one, but in any case, Transform, roll out and tune your car stereo to Route… sorry… UNT 66: Bumblebee.

If you don’t have a Charlene like Skids, go after the very next best thing by grabbing an Unfunny Nerd Tangent shirt! Mon Milfma will help you fix your car, invent the internet or even make sure you’ve got ‘The Touch’!