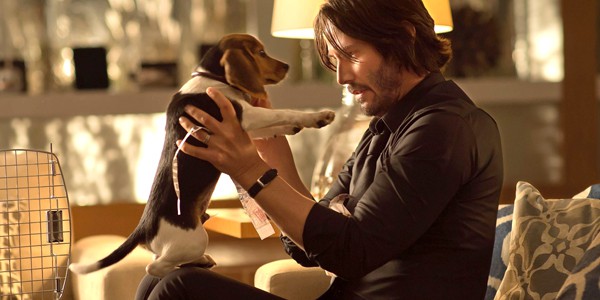 A film series based on revenge, murder, secret societies and… puppies? Yep. So gas up your Mustang and break through the concrete in your basement, because it’s time to talk about John Wick.

With the third movie of this Keanu Reeves film trilogy (so far) in theatres, intrepid UNT assassins, Jared and Tim presented their marker to Greig and made him binge all three films in a week, and in the same time, John Wick killed a lot of people.

But since these movies are more than meets the eye, the twists and turns created some unique UNT-inspired questions of our own, such as…

Is this some kind of Matrix prequel? Was Ms. Perkins almost Wonder Woman in a Boston Legal / The Practice universe? And is John Wick really just an aged Johnny Utah from Point Break?

You won’t have to break the rules of the Continental to enjoy our latest tangent-filled show, so grab a good book (good enough to take out an enormous NBA star), sew up those wounds, put some ice on that bruise, and enjoy Episode 76: The John Wick Series.

If you’re looking for something even more valuable than an assassin’s gold coin, then look no further than Mon Milfma! Call in your marker and grab an Unfunny Nerd Tangent shirt! You’ll love it even more than a newborn puppy!