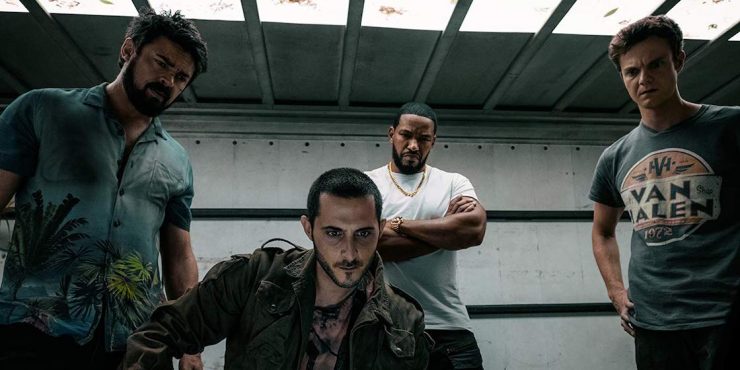 Flight. Super-strength. Invisibility. Politics and murder. The best superpowers ever. Wait, what were those last two again? Oh.

Anyway… Amazon’s new superhero series, The Boys certainly delivers all this and more. Which means, of course we needed to take it on some Unfunny Nerd Tangents, right? Diabolical!

Jared and Tim make their long-awaited return to help Greig break down the new show from Amazon, and despite their many opinions on The Tick, manage to dissect and discuss what a real satire should look like. Although, is it a satire? You decide.

In the end, we took a close look at Homelander, The Deep, Starlight and the rest of The Seven, not to mention, the titular Boys and their outrageous leader… Billy Butcher (Karl Urban), an actor all of us can STAN behind. (C-bombs permitting.)

So shave your head, give a dolphin a ride and stop by the deli for some lobster, because this episode is nothing short than … super.

Music by: The Clash and Spice Girls.

If you’re looking for the best mother’s milk of all, go no further than Mon Milfma! With an Unfunny Nerd Tangent shirt, you’ll never be banished to Sandusksy!