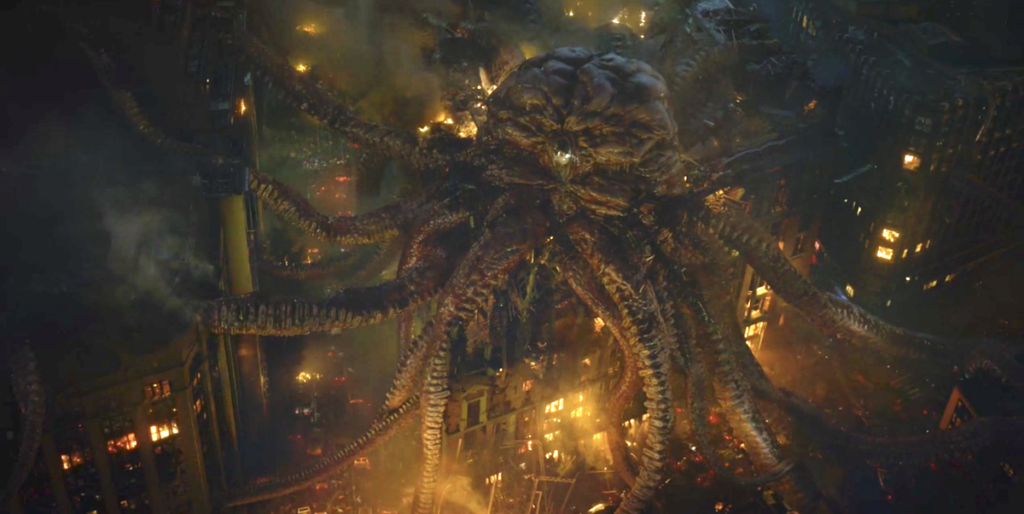 Unfunny Nerd Tangent Journal: January, 2020… Who watches the Watchmen? We watched the Watchmen, as in the new HBO television series… uh, Watchmen. Have we said Watchmen enough yet? Okay, cool.

Anyway, listen as Greig admits he was 100% WRONG about Damon Lindelof (on this occasion), Jared finds a way to overcome his tin foil mask obsession, and Tim comes to grips with his big, blue… Tick? **cough** shameless Episode 43 plug **cough**.

Like we said, we watched Watchmen and had plenty to say about it, so check out UNT 91 before you end up stranded on a moon of Jupiter, trapped as a gold statue or, well… ‘egged’.

She’s kind of blue, can definitely walk on water and sees all things at once – she’s the one and only Mon Milfma! Do away with your tin foil mask and grab an Unfunny Nerd Tangent shirt today! Tick tock… tick tock…