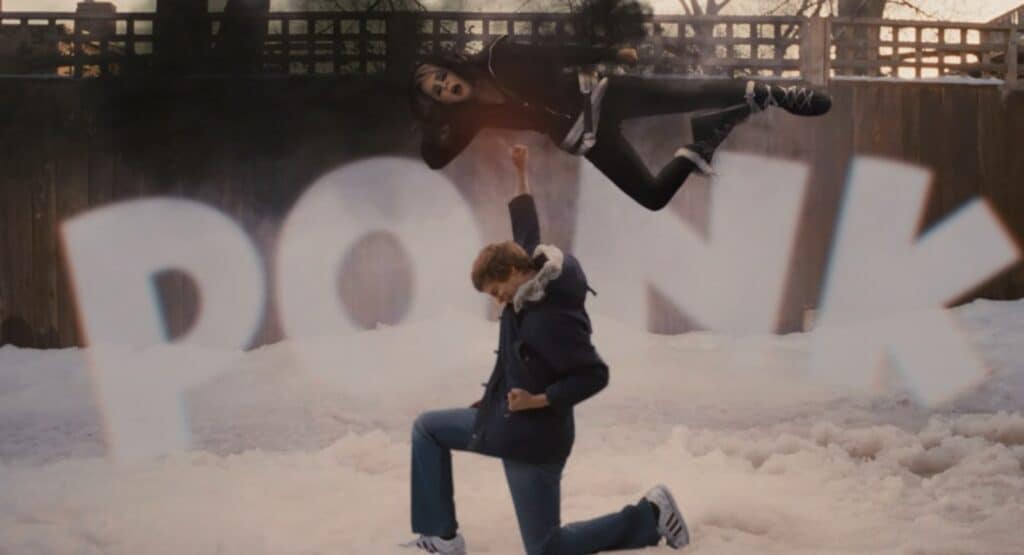 We’re cashing in a 1-Up for the 10th anniversary of an over-the-top nerd classic that should have collected way more coins: Scott Pilgrim vs. the World!

We’ll take you for a ride / on Tim’s favorite film / Oh no,
We’re up in Toronto / ’cause it’s Scott Pilgrim,
By Edgar Wright / the guy who did Hot Fuzz,
You know you want to fight / Every EVIL EX,
EX! EX! EX!
The cast is killer though / like Michael Cera and Ellen Wong from Glow,
Oh-oh-oh-oh,
It’s got some shitty bands / a whole bunch of video games / and Chris Evans / before he was Cap,
Jared thinks it’s crap / and he can f–k off / and maybe read the books,
Mary Elizabeth Winstead / She’s in a bunch of stuff / Why isn’t she a star, star?
And then we ramble away / like every other day / so buy a shirt and push play …

She won’t change her hair color or force you to battle her evil exes, so ask Mon Milfma to come see your band! Use that 1-UP in the best way and grab an Unfunny Nerd Tangent shirt !